Eight years on from the global economic crisis, social inequality is rising in the majority of EU member states, according to recent studies. Even worse, the gap between the generations has widened considerably, as pensions and benefits for older people have not shrunk as much as incomes and opportunities for younger people. Unemployment, precarious lives, poverty, public debt accumulation and limited access to quality social services all nurture anti-establishment political behaviour among the millennials and their working-class parents.

Similar signals can be seen everywhere in Europe now, but Greece has been dealing with these trends since the outbreak of the crisis. After seven recessionary years and three bail out agreements, reforms are still sporadic, the public sector has only been reduced in size rather than cost and labor market flexibility has not paid off. The recessionary policy mix is unsurprisingly deepening inequality between genders and within social groups and generational cohorts. Apart from setting unrealistic fiscal targets and inadequately handling public debt, the government and lenders have given their consent to a socially unfair policy mix, now based on over-taxation, an imbalanced pension system that depends on excessive individual contributions and limited financial support for research, public investment and targeted social policies.

All this evident lack of social and economic logic is demonstrated in the 2017 central budget plan approved by the Greek Parliament in early December. But, unexpectedly, Prime Minister Alexis Tsipras then announced that €617million of the state’s primary budget surplus would be redistributed – not among the NEETs nor the ailing state schools or hospitals, but among pensioners. Possible short-term electoral gains clearly prevail over the damage to Greece’s social mobility: 70.8% of the unemployed are in extreme poverty, whereas only 3.8% of pensioners and 0,7 % of public sector employees crossed the deprivation threshold in 2015. More than half (54%) of the jobs created in 2016 are either part-time or occasional, offering salaries up to €400 euros per month for almost half a million workers. And more than a third of the long-term unemployed (2015) were between 15 and 24 years old.

In other words, the young are losing the generational war in Greece. The same or similar trends apply in Italy, Cyprus, Malta, Hungary, Spain and Portugal. By contrast, the Nordic and Baltic states have resisted demographic pressure and inequality by paying more attention to education, family policies and welfare. But the big picture demonstrates that fiscal straitjackets undermine social justice and deprive current and future generations of the prospect of enjoying better living standards than their parents and their grandparents.

Could an orchestrated policy-mix at national level combined with medium-term anti-austerity interventions at EU level reverse these trends?

Arguably, as the EU and the Eurozone countries are locked in another round of sluggish growth, the current ECB interventions should be complemented by: an inclusive Juncker-style investment plan in all member states; stronger domestic demand in high-surplus countries; relaxation of the Stability Pact rules on financing public investment projects; and bold Eurozone decisions in the field of public debt management.

Today, many analysts argue that direct intergenerational transfers, such as the Youth Guarantee, require a more generous budget and more inclusive implementation at the national level, as well as a more unified approach to recognizing qualifications and the transfer of social security entitlements. Progressives cannot overlook the fact that the increase in labor mobility or flexibility requires more sustainable social security systems and stronger national supervisory authorities. Otherwise, social security schemes could be brought to the brink of collapse and poverty rates could skyrocket among the underpaid.

From an institutional perspective, the introduction of good governance principles, evidence-based policy-making and monitoring social policy legislation by national ombudsmen and parliaments can avert excessive transfers that favor older generations at the expense of their children. Some European countries have already introduced constitutional clauses in order to balance intergenerational transfers and halt the accumulation of excessive public debt. In the meantime, younger people should be equipped with all necessary information to hold their political establishments to account and know where their (or their parents’) money goes, through the decisive promotion of open government institutions.

Unfortunately, progressive political powers continue to favor current ‘insiders’ and beneficiaries of social security systems so as to attract the pensioners’ vote. In this way, they weaken the financial sustainability of pension systems and they provoke current workers into stopping paying their social contributions. Therefore, rapid demographic decline in countries like Germany, Hungary, Italy and Greece is a wake-up call to national policy makers to reconsider the Danish (multi-pillar) social security model that rewards labor and provides incentives to the elderly to stay on in working life. Additionally, more social policy interventions could focus on high quality early childhood education and provision of daycare and pre-school facilities for younger couples, as in Sweden. While unemployment remains a social exclusion trap, businesses should be incentivized to employ young, poor or vulnerable social groups.


All the above requires a radical social democratic rebirth, with open minds towards co-operating with other European progressive powers. As the millennial ’precariat’ and NEETs gradually develop a distinct class identity with post-ideological characteristics, they become more vulnerable to the simplistic and appealing sirens of the post-truth politics of the extreme Right. And, as western democracies are considered corrupt and distant from the daily concerns of the average citizen, it is no surprise that technical fixes and blueprint reforms hardly appeal to a cornered working class and its children. Figures, trends and election results call for a renewal of the social contract and a new focus on its intergenerational dimension: more resources and opportunities, openness, transparency, social accountability and access to decision-making is not and should not be a lost cause for the ‘lost generation’. 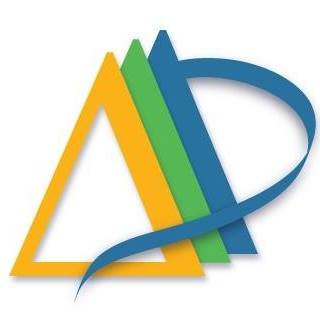 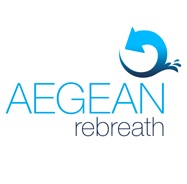 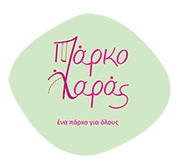 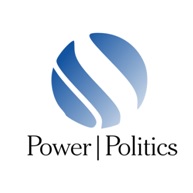